We’ve spent 5 weeks in different parts of the US and a few more days in Canada. The main reason for coming was to get into the heads of people to see what they knew about Africa, water projects and how they felt about giving to projects there.

What we learnt is that the majority of people know very little and only 40% of people there hold a passport. When we watched the news it was all slanted so that everything revolved around America. For example, when a hotel in Western Africa was attacked by terrorists, it was stated that it was an American hotel. It was a hotel owned by an American, that doesn’t make it American. Everything on TV is about the US.

I understand that it’s a huge country but when we were talking with students they know zero about the wider world. At one university a student mentioned that her father was Kenyan, she had been there twice – and that Kenya was an island. Hmm….

We’ve also learned that most of the people we talked abhorred Muslims. I’m sure this is fed by the biased media but we got the feeling that people fear in a huge way every Muslim. People were so shocked that we have many Muslim neighbours and are happy to live amongst them.

Before we went to the US, we ourselves were slightly biased against Americans. Many of the ones we’ve met in East Africa are loud, bossy and act as if they own the world. They drive around with the flashiest cars, have a lavish lifestyle and never get their hands dirty.

Now we’ve been here for a while, we’ve seen another side. People are more than happy to go out of their way to point you in the right direction. They are very hospitable and are even interested in finding out about Africa. Maybe because we were visitors we were treated extra nicely but we’ve been around long enough to know when someone is sucking up to you. Today we met a lady from Nigeria who was putting her story out there real thickly as soon as she knew we were from East Africa. Within the first minute she wanted to become Facebook buddies and then proceeded to tell us that she was missionary and a whole story to go with that.

The US is quite an expensive place to travel in. Well, when you’re on a super strict budget anyway. It probably cost us $100 a day to be here, and that’s on top of accommodation. It cost as much to eat out as Kenya, taxis are way more expensive but clothing is a much better price. Tipping is a total rip off. In Kenya we only tip if we get good service and maybe one or two dollars. Here it’s between ten and twenty percent. When you see a price for something, it doesn’t include tax, which is very easy to forget about. As much as possible we’ve tried to catch trains and buses, but it still adds up. To get to our friends house tonight cost us $10 one way. That’s pretty good but when you’ll be doing that trip twice a day for a week, you can see why we’ll be eating rice and beans when we return home.

We kept reminding ourselves that this is an investigative trip and not a holiday. Sure, we’ve fitted in a few fun things but this was all about the future for our organization, BeyondWater and trying to break into the US as a new market. Our next step is to build a team of interested people, then form a legal charity and return in a couple of years. One obvious thing is to build a US website, with American spelling and everything linking BeyondWater to have a US identity. 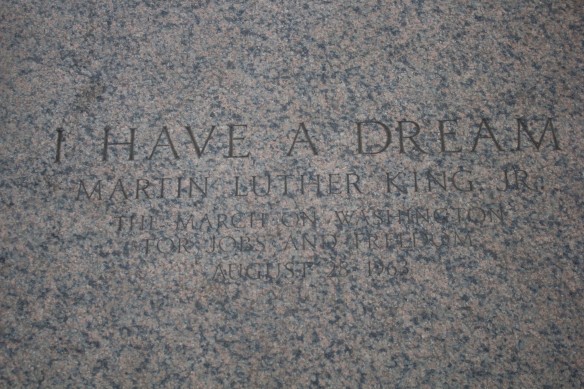 This trip has given us a small insight into what life is like here, some of the challenges and ways of life here. We hope we from this that we have a broader mindset of the American culture and will continue to build our friendships there.

To all of our old friends who we’ve reconnected with, it’s been a blast. For all of our new friends, what a pleasure it’s been to get to know you. Let’s do it all over again in a couple of years.