Last Monday was Heroes Day here in Kenya, for us, that meant a day off. We haven’t been to a national park for the entire year. That is shameful considering we have 15 national parks and even more so conservancies in the country. 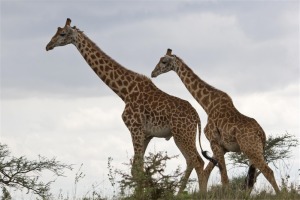 Because we’re residents and have an ID, we get in ridiculously cheap compared to tourists. Instead of paying $50 to get in, it only cost us $10. 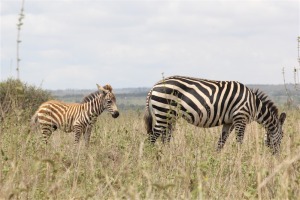 We packed snacks and hit the road by 7am. I love the traffic on public holidays and Sundays, where it’s pretty minimal. What takes us 15 minutes on a Sunday can take 2 hours during the week. Of course, we had to do the mandatory stopoff for gas. The last thing you want is to run out of petrol in the middle of nowhere. 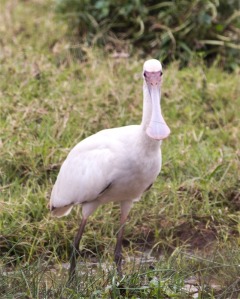 Getting into a national park is no easy feat. First, you have to go through your car getting checked by security and they ask you where you are going (as if they’ll remember). Then you have to get a safari card from one office, get in your car, wait in line to go through the main gate and sign in your car. If there are lots of people it can take a good 30 minutes to get through. 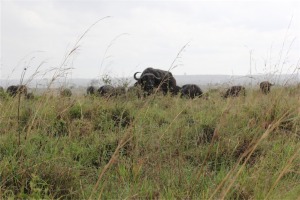 Once we were paid in, checked out and signed in, we were off. To be honest, I was quite sceptical about what animals we would see. We’ve been to some amazing parks in Kenya. Amboseli has a huge amount of elephants while Nakuru has a lot of water life and closeups of a variety of animals. We’ve even cycled through Hell’s Gate. We are so lucky to live in a country where you can see some amazing wildlife. 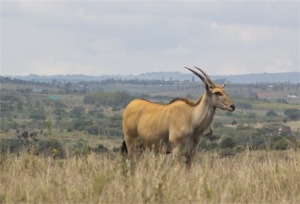 The last time I went to the Nairobi National Park I didn’t see much as I was stuck in the back of a vehicle, so anything I saw had to be better than this. I had to say, I was super impressed by what I saw. 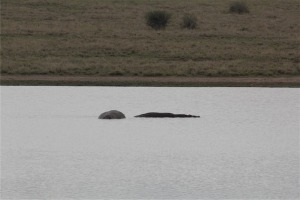 Yes, these are hippos.

Sure there were plenty of buffaloes, wildebeest, zebras and gazelles. However, to see at least 8 giraffes and 2 massive rhinos. We didn’t see a lion but they haven’t seen them there for ages. We figured that the two huge humps in the lake were hippos. Hippos can stay under water for 30 minutes, but we didn’t hang around that long.

I didn’t know there was a lake inside the park, but there is. There’s even some places you can go (for a fee) with an armed guard on a walk through a certain area. With baboons and the such around, you need a guard. We didn’t do it because we hate paying for a ‘service’ when they’re already getting paid. 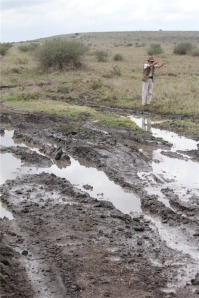 Where we got stuck

Going around the lake was a highlight of my day. Not because of the amazing birdlife that is there but because we got stuck. There are stacks of people travelling around the park and we had just passed a Land Rover full of white people who we found out were Kenyans (they sounded British), they called themselves ‘Vanilla Gorillas’ and were well into their 70’s. They told us there was a small muddy part just ahead but we should be able to get through it. We got to the mudhole and I remember saying “Go around it” when Pete suddenly went straight through the middle of it and within seconds we were stuck like nobody’s business. 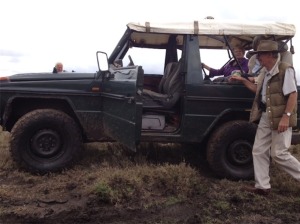 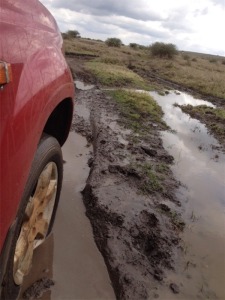 Pete immediately jumped out to give it a push – it only got stuck further. Thankfully the white Kenyans returned and proceeded to pull us out. We had a tow rope in our car and when Pete got it out he realised that my gumboots were sitting there which he could’ve used. 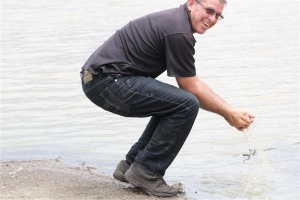 Muddy footed, he returned to the car and we decided not to continue on that route. Instead, it was time for food.

It was great that we took picnic food with us because there’s the odd place you can take a break from sitting in your car and have a snack. After a couple of hours there’s nothing like a cup of tea and carrot cake (thanks Liz!). 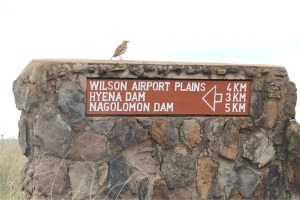 We’ve had a bit of rain lately, which is abnormal for this time of year. Thankfully, the road/dirt tracks were in good condition. It did belt down in the early afternoon which was handy to get the acquired mud off the car.

7 hours later we returned to the main gate. There, you have to sign your car out before you’re allowed to leave. 30 minutes later we were home, Pete a bit wet, but all of us very happy that we took the day out to enjoy the amazing world we get to live in. 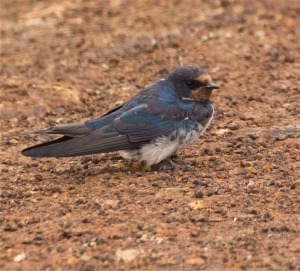 Even if you don’t have wild animals living on your back doorstep, can I encourage you to get out there and get in tune with nature. Go for a walk, paddle in a lake, watch the wildlife and breathe in fresh air!!