To be honest, when mum asked me to write this blog post it was just after I had a huge blowout at her about how much I dislike (to say the least) the fact that they live on the other side of the world and had given up their lives to help those in need. People often look at missionaries and volunteer workers and say how wonderful it is that they have given up their lives to help those in need and that it’s such a heroic act. It seems that people don’t often think of the practical things like the sacrifice the rest of their family makes for this to happen. When mum and dad told me that they had decided to move to Kenya I thought that it was a “nice idea” for them to do something different. I had lived overseas before and knew that I would survive without them. But not long after they left for Kenya I felt like my right arm was chopped off. I think this was because I knew they weren’t coming back easily. After a few months of them being over in Kenya I was struggling a lot and decided to move back to New Zealand where all my extended family are. 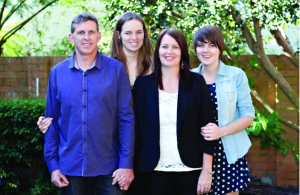 Here are 5 things I have learned over the past year and a half:

I miss the daddy daughter coffee dates, the ability to live at home (DON’T UNDERESTIMATE THE AWESOMENESS OF BEING ABLE TO LIVE AT HOME! Seriously though, I miss it quite a lot and wish I hadn’t taken it for granted), the painful but great back and neck massages mum gives, the long walks on the beach talking about life with my parents, family outings, special moments with my sister (which were few and far between since we were always arguing), and the list goes on. At first I felt guilty that I missed them because they were doing “such an amazing thing” but then came to realise that it’s my right as their daughter to say I miss them.

The other week I was thinking about the future. What is going to happen when I get married one day? Is my dad going to be able to afford to come to my wedding and walk me down the isle? (He has no option; he’s going to be there whether he likes it or not thank you very much!) When I have my first child is my mum going to be able to be there to hold my hand through the ordeal? How often will they be able to see their grandkids? I don’t want my kids to miss out on having their crazy Crean grandparents around. There is no one who can ever replace my parents in those moments.

Throughout my life when travelling I have learnt to make other people my “other family” when mine aren’t around. Since living in New Zealand I have somehow managed to find Luke, my prince charming. (Awww!) His family, the Rutlands, have become my family, not because its kind of what happens when you get in a relationship, but because I chose for them to be. His dad, Andrew, takes me for driving lessons, makes me laugh, and gives me great advice. His mum, Sharon, (it’s a weird coincidence that our mums have the same name…) takes me for coffee, gives me hugs and talks with me about life. His sisters, Amy and Hannah, (another weird name coincidence which gets very, VERY confusing) have become my other sisters whom I can laugh with, argue with and cause mischief with. And his gran is one of the coolest gran’s around! I couldn’t do life here without them. I can’t say thank you enough to them for being so supportive and loving me like their own. 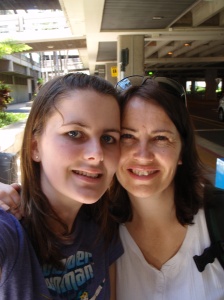 As a missionaries kid you have to learn to modify your thinking of the basic things. What do you do at Christmas time, Fathers Day, Mothers Day, your birthday? Who do you spend those days with? Everyone else has his or her families. 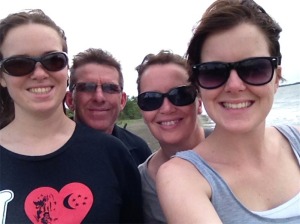 I’ll tell you a secret: every other day I feel like calling my parents and telling them that I hate the fact that they chose to live in Kenya and that they should come back and live close to me. But I know deep down that this is what my parents are called to do. I know they wouldn’t be happy just living a “normal” life in Australia or New Zealand. And even though most of the time it sucks not having a normal family, I am really proud and glad that they are doing what they love. 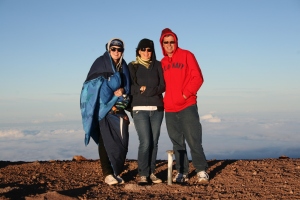